Hurricane Ida made landfall on Louisiana’s southern coast on 29 August 2021 (16 years to the day of Hurricane Katrina) as a Category 4 system with sustained winds of 150mph (241kph). Ida’s impact was immediate and far ranging with storm surge into the low lying coastal areas, flooding roads and small coastal communities as well as widespread damage from high windspeeds.  Power was immediately lost to the whole of New Orleans city. Across the affected area some 1 million residents, numerous businesses and industrial facilities were also without power.

A combination of machine learning, aerial and satellite imagery, fused with other sources such as media and weather data, allowed our expert analysts to generate an analysis of the storm’s impact on the ground down to individual building level as well as the impact to key infrastructure. This included an assessment of peril (wind, flood, or a combination of the two) and was with the market within eight hours of the storm’s passage.

The reports produced by our Intelligence Analysts were viewed by over 120 users from 40+ companies across the Lloyd’s market. Custom analysis was provided to clients, with exposure assessments made against over 350,000 individual locations, with a further refined claims assessment made against 115,000 of these locations. Clients were alerted to over 1000 insured assets that had been destroyed or severely damaged, within days of the event, when physical access to locations may be limited and Delegated Claims Administrator tasking is of the utmost importance.

A leading US law firm, representing a global insurer on a complex and contentious business interruption claim…

Monitoring and analying business interruption losses during and after geopolitical unrest

Within 24 hours of an event happening anywhere in the world, we fuse data from an array of space… 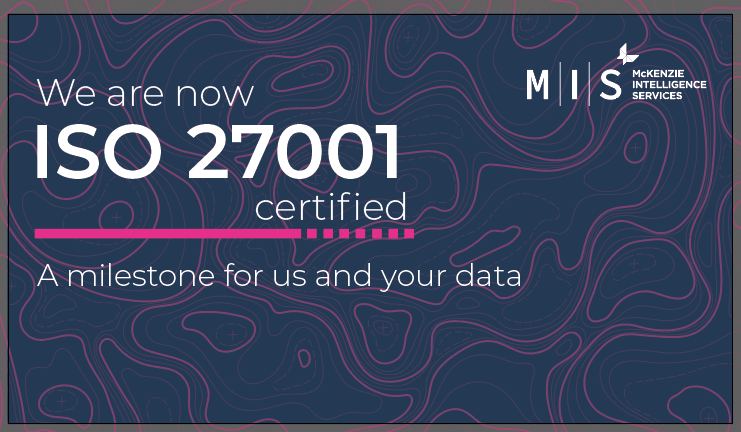 London, 22 April 2022: Geospatial imagery and re/insurance intelligence company, McKenzie Intelligence Services (MIS), is delighted to announce that it has received ISO 27001 certification – the internationally recognised standard for the establishment and certification of an information security management system.  The ISO framework helps companies to ensure they have completed all the requirements and checks to have […] 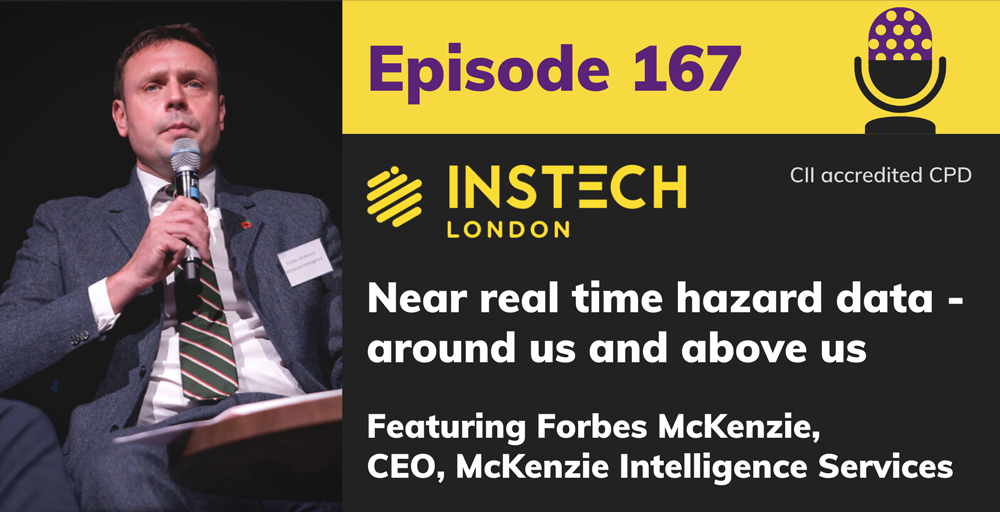 Our CEO Forbes McKenzie participated in InsTech London podcast about real time hazard data where he discussed McKenzie Intelligence Services Ltd, our GEO platform updates and much more. You can find the podcast by clicking the link: https://www.instech.london/podcast/near-real-time-hazard-data-around-us-above-us.